The HAE South Florida is celebrating the launch of their Chapter with a Virtual Launch Party with featured guest, Emil Michael, the former Senior VP and Chief Business Officer at Uber and former COO of Klout. Emil now heads up his own advisory technology firm serving as counsel to a portfolio of well-known tech ventures.

Don't miss out on getting the inside scoop on the tech venture scene, meeting fellow Floridian entrepreneurs and hearing from our Chapter leadership about upcoming events, our mission and how you can get involved.

The event will be moderated by Michael Chrusch; Danielle Weinblatt; and Jason Wong - Co-Chairs of HAE South Florida Chapter.

This is a FREE event but registration is required.

All registrations completed through the Harvard Alumni Entrepreneurs website 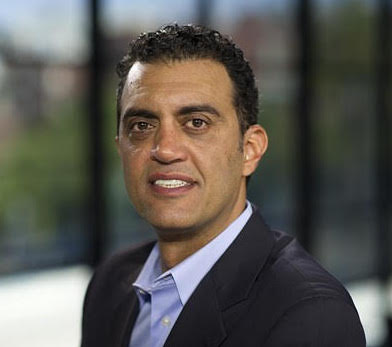 Emil G. Michael was born in Cairo, Egypt on September 19, 1972 and moved to America a few years later. He earned his BA in Government from Harvard University (cum laude) and JD (with honors) from Stanford Law School.
A former Senior VP and Chief Business Officer at Uber, Michael began his business career at Gemini Consulting’s Converging Markets Laboratory as a strategy consultant. In 1998, he became Investment Banking Associate at Goldman Sachs before moving to Tellme Networks in 1999 as SVP of Field Operations, a position he held nearly a decade. He was then the Special Assistant to the Secretary of Defense.
In January 2011 Michael headed his own advisory technology firm, counseling various technology firms throughout New York, including: Bureau of Trade (acquired by eBay), ChatID, Codecademy, Flipboard, FundBox, Fundera, Evolv, GroupMe (acq by Skype), iSkoot (acq by QCOM), LendingHome, Lookout, Mercaris, Oyster, RingCentral, Rockmelt (acq by YHOO), SeatMe (acq by Yelp), Signnow (acq by Barracuda), Siine, SnipIt (acq by YHOO), Taser (NASDAQ: TASR), Xobni (acq by YHOO) & ZenPayroll, ZocDoc.
Before Michael became Chief Business Officer at Uber, he was COO at Klout in San Francisco.
In addition to his business executive roles, Michael has taken an active role on various boards over his career. In 2014, he was appointed to the Pentagon’s Defense Business Board, which, since its establishment in 2002 has sought to “provide independent advice on the private sector. Michael was the only one of the new appointees to have experience with startups.”