cordially invites you to participate in the

Inside the Business of the NHL - Panthers vs. Detroit Red Wings 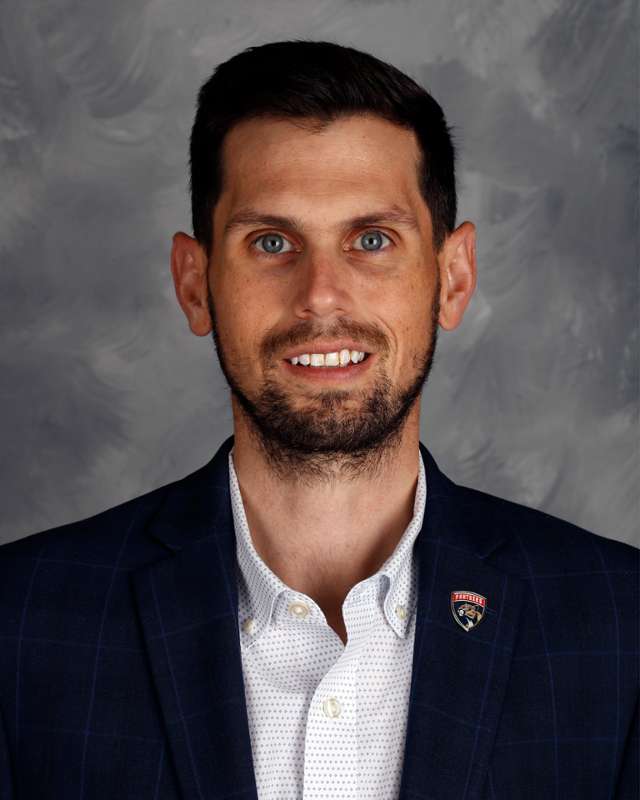 Prior to joining the Panthers, Doerr served as the Arizona Coyotes Vice President, Innovation and Revenue Strategy. With the Coyotes, Doerr oversaw social media, food and beverage, merchandise as well as the club's strategy and business analytics departments and served as a connection between all revenue generating departments. Doerr also worked closely with the Tucson Roadrunners, Arizona's American Hockey League (AHL) affiliate, to implement best practices.

Before his time with the Coyotes, Doerr spent three years as the Vice President of Business Operations at Phoenix Rising Football Club. During his time with the Rising, the team consistently broke the club's ticket sales records, including a 21-match-and-counting streak of sellouts at home.

Doerr began his career in the United Soccer League (USL) as the first official hire for San Antonio FC in 2016. As the club's Business and Soccer Operations Manager, he helped build the newly created club into one of the most well-known brands across the USL.

Prior to his USL career, he served as Assistant Athletic Director for South Dakota State University and Franchise Marketing Manager for Spurs Sports & Entertainment.

Doerr resides in Fort Lauderdale with his wife and son.